After my do-good Caloom fell through and while I still had the energy to continue I ran into both a prospect customer and a prospect developer. The customer, an university project/unit, needed a way to collaborate between various parties around the planet on research projects.

All the needed ingredients were in place. Based on Caloom version 1 we could add people and organizations (what). We could give them a location (where) and a detailed description. We could add date and time (when) elements like when a group would meet. We could describe the people involved (who) and we could add quantities like the size of the organization (worth or value).

The “worth” variable was already introduced in Caloom version 1 but I never felt comfortable with that descriptor. I forced it into the 5W concept as well, 4Ws plus 1V would not sound good enough I felt.

First I made a study on the existing and possible solutions out there.

After some work we began to build the UI and here is an example of what was the idea. 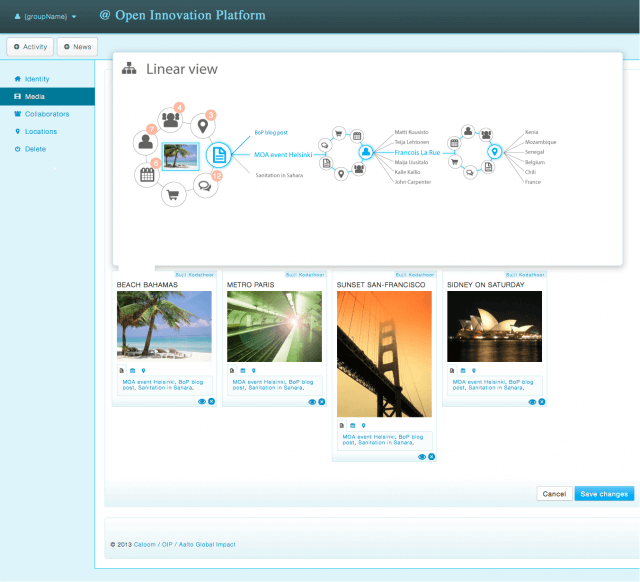 In this screenshot the user has selected the first “tile” and a popup window shows the W5 information that is attached to this image and article. There are 7 persons mentioned, 4 groups or organisations, 3 locations, 6 dates and there have been 12 comments and finally, 3 references to stuff. The user clicks on the stuff, the what in the W5, and begins to unravel the subsequent connections that appear in the article (information source) called “MOA in Helsinki”. In that article are for example 6 people mentioned and the user continues to investigate “Francois la Rue”.

Here some early version of the user profile. In this screenshot the various locations of this user are visible and can be managed. 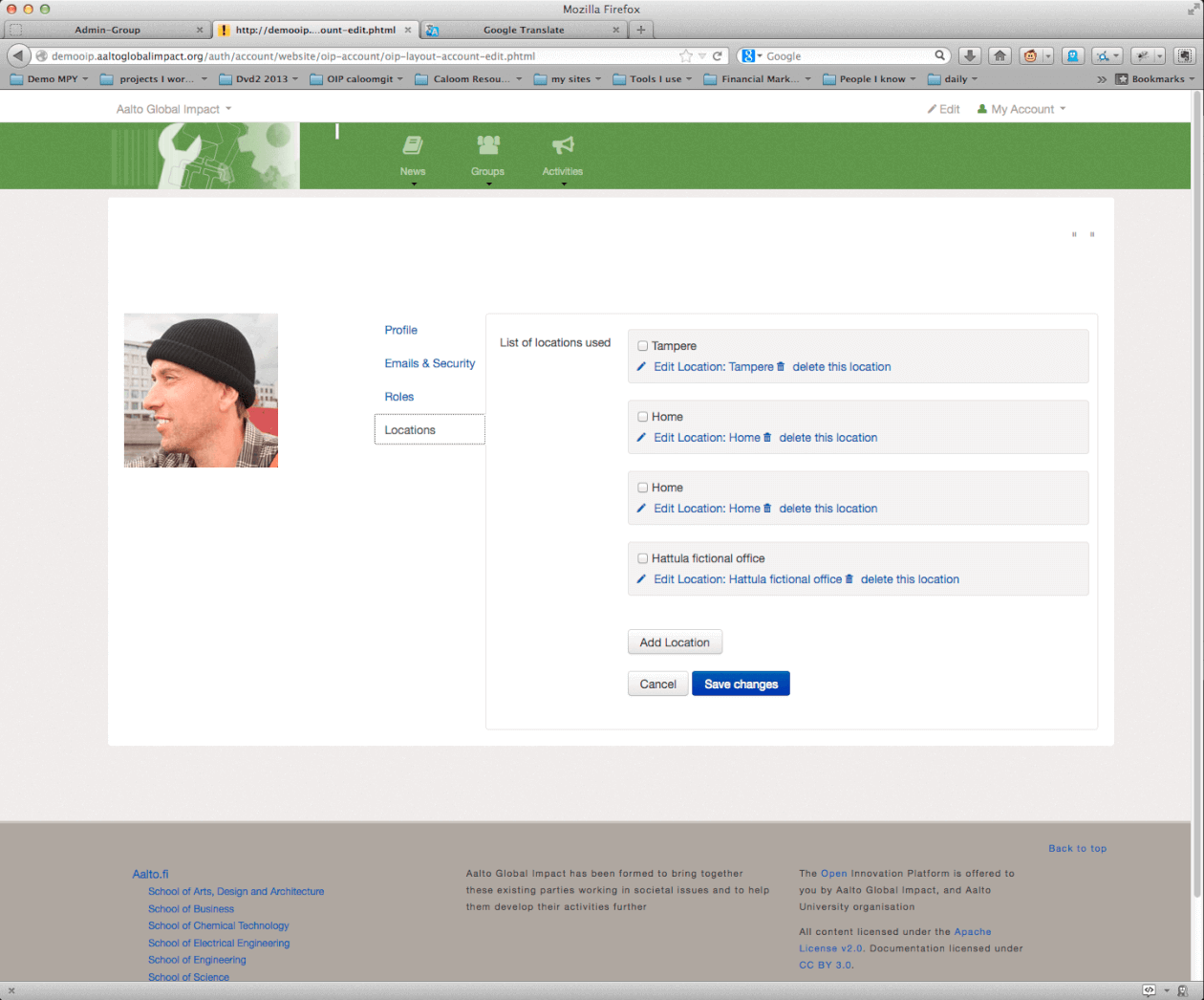