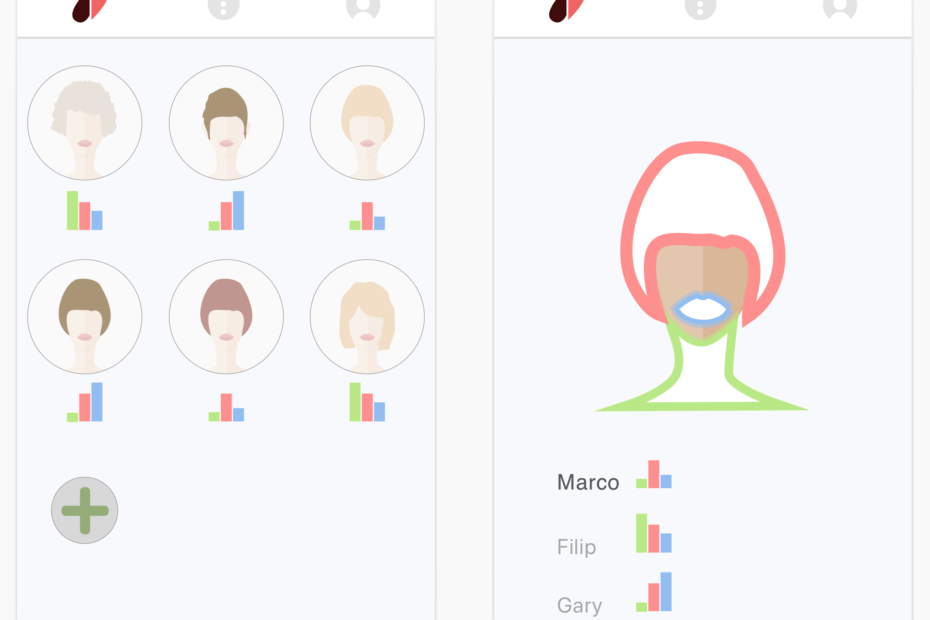 Over the years I have done so many projects, people have a hard time understanding where I got the time from. The truth is the ideas came most often Out of the Blue and the execution stayed in the concept phase. Thus, although there were plenty of concept-projects, the interesting bit is they were often great and viable ideas and years ahead of time.

My BodyGram is just such a great idea with still loads of potential. I have collected the +/- 200 project files into several folders and what I can see is that I started this project early 2010. At the time I had some contacts at Nokia (MH and JR) whose initials I mention only out of privacy considerations. And if any of you want your full name here, let me know. The idea got quiet far through the Nokia patent decision process but due to some political reasons, it ended up nowhere. The details escape me, but they don’t matter.

What most interests me, and which is the primary reason to write this post, is to back-track where the ideas came from and what I actually have done as a service designer. Back then, I didn’t care about keeping a detailed diary or having a well-organized portfolio. Now I pay the price, if any. The following text and images I reconstruct as a document archaeologist, if that is even a title.

To trace the ideas back that far is nearly impossible if I would not be currently working on learning about sewing patterns and taking measures. One starting point for my BodyGram was the impossibility to find fitting cloths for me. I like good and well fitting cloths, but I am tall and slender, which is not a large enough market, it seems.

I had to learn how to measure my body, but it is not that easy. How about other people, how easy would it be for them?

Is it possible to have a 2D vector drawing that accurately represents my 3D body?

I do not like to reinvent the wheel, and I assume there are smart people out there who thought of something similar. After some searching and pondering I came to a 2003 paper of what is called BodyDIM by Markus G. Kuhn. The paper immediately appealed to me there he uses clean-cut iconography and logic.

And so, I began to draw and sketch and think and ponder and wonder. A seemingly endless stream of what ifs followed. What if one has such a 2D/3D representation of the body? That thought triggered (I am almost sure) a memory of a lecture I gave at the Tampere University of Technology back in 1999. The lecture was about how in the future, we could have a digital representation of ourselves to assist us in mundane interactions with digital interfaces. Think of the autofill function in your web browser, something like that, but then more.

Where can I use my body in the digital world?

Fitting cloths, dating, health and healing reasons… How would healing reasons actually work, I wondered. As you might realize, words get into my head without me understanding them consciously at first. But, I do not ignore nor ridicule these out of the blue bits of information. My conscious mind begins to puzzle and suddenly a door opened.

I could have a real-time visual communication between two parties

This concept I wrote about on this page in the context of a dating service: https://jeroencarelse.com/blog/blog-illustrations/dating-service/ and here on my archived site more information https://archive.jeroencarelse.com/creativity-imagination/nokia-touch-screen-interaction/

There is much and much more, but I end this post with two animations that my then teenage daughter made for me.